The aim of the program is to create awareness amongst the children about the POCSO Act 2012. The play was written and directed by the Senior Artist and Renowned Pupeeter Mrs. Meena Naik. The play was performed by Ms. Cheenmayee Swami, with help of Ms. Rutuja Wasaiekar & Mr. Nilesh Bodle.

Mrs. Sadhana Deshmukh, Vice Principal & HOD Human Development Department concluded the formal inauguration program by expressing vote of thanks. After the vote of thanks the Play was started. The Play “ABHAYA” enlightens the participants about the difficulties faced by the victim and how to face them with the help of POCSO Act 2012.
At the end of the Play Mrs. Meena Naik interacted with the participants. The question and Answer session was very interestingly took place. Participants had filled the feedback based on the play.

All the participants got benefited by the Play “ABHAYA” which tells about the POCSO Act 2012. 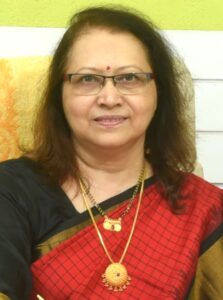 SMRK BK AK Mahila Mahavidyalaya , established in 1985, has completed 37 years of meaningful existence, while its parent body, Gokhale Education Society has reached the momentous milestone of a glorious centennial existence in the academic year 2017- 18, a moment of utmost pride for all of us. 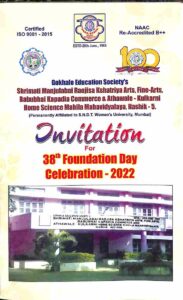